Over a two-year period, from 2016 to 2018, four French museums —Musée des Beaux-Arts d’Angers, Musée de l’Hospice Saint-Roch d’Issoudun, Tour 46 in Belfort, La Piscine in Roubaix— are joining forces to present Peter Briggs’ work.
Peter Briggs’ work was shown in the early 1980s in exhibitions highlighting forms of postmodernism. Then his approach took its own particular route, turning away from major trends. It is this journey that “Brouillon Général” will attempt to embody in the four different exhibitions.
The exhibition catalogue has been designed as an object to accompany Peter Briggs’ work. A digital publication, it is not set in stone even after proofreading, it has the potential to evolve, develop, mature and expand from the first to the last exhibition. The initial version regroups essays by international authors (France, India, Switzerland, Canada) from different backgrounds (philosophers, art historians, artists, curators) who have been present in the artist’s life over a period of years, who engage in dialogue with him, whose diverse analyses and commentaries endow his work with all its wealth of complexity.
Foreword by the curators, Christine Besson, Bruno Gaudichon, Patrice Moreau, Christelle Faure and Marc Verdure.
Texts by Sarah Zürcher, Christian Bonnefoi, R. Siva Kumar, Erin Manning, Arnaud Maillet, Tristan Trémeau, Isabelle Tessier.
213 pages, more than 300 pictures. 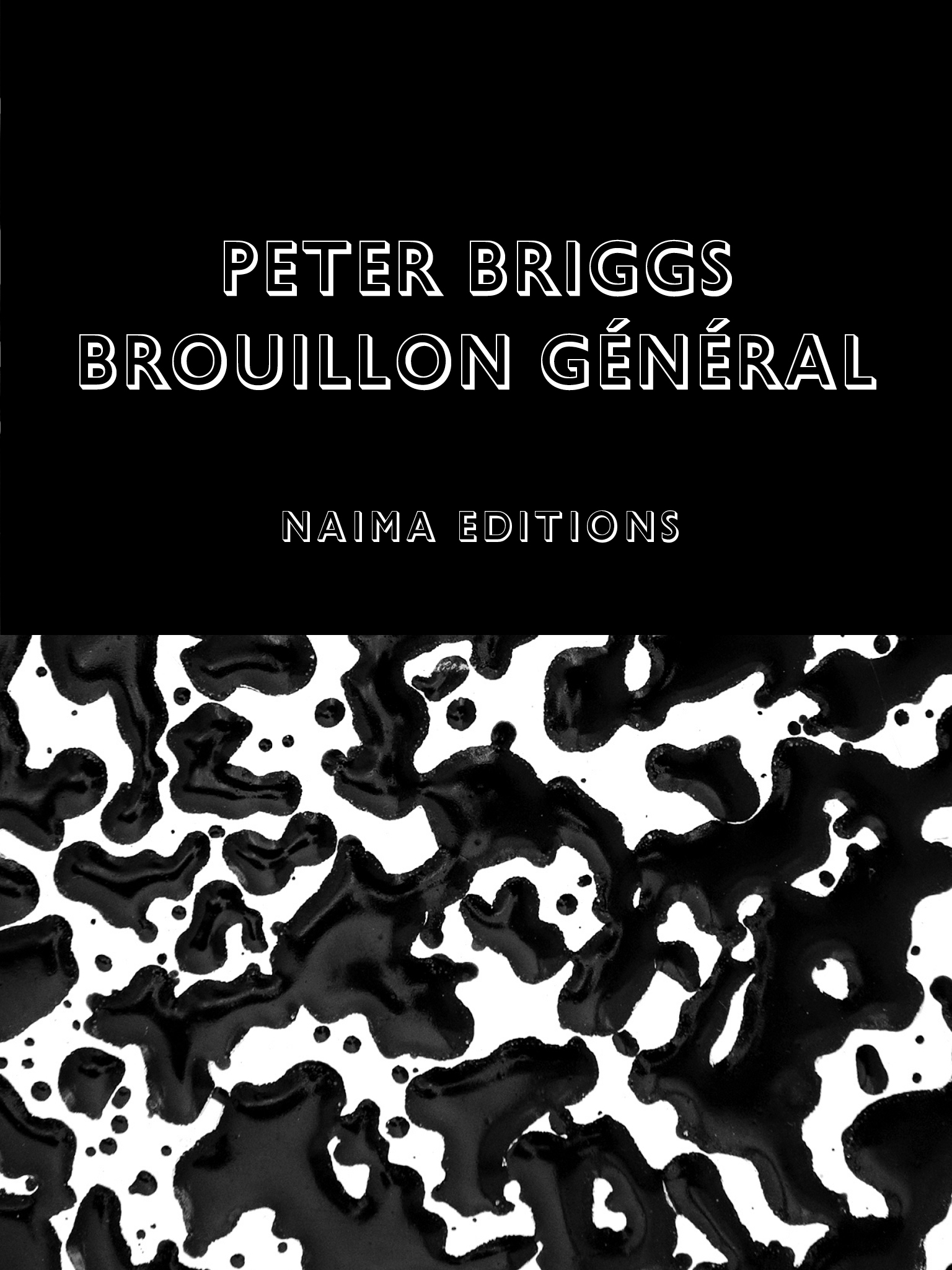